What's on your mind?

Does their title really stands for "Total failing suckers"? <_<

https://images-wixmp-ed30a86b8c4ca887773594c2.wixmp.com/f/64e3a09f-2a48-4868-97ab-4095241d1481/dex0rip-1b138b5f-bfa6-4370-a574-8bb965ab2f61.jpg?token=eyJ0eXAiOiJKV1QiLCJhbGciOiJIUzI1NiJ9.eyJzdWIiOiJ1cm46YXBwOjdlMGQxODg5ODIyNjQzNzNhNWYwZDQxNWVhMGQyNmUwIiwiaXNzIjoidXJuOmFwcDo3ZTBkMTg4OTgyMjY0MzczYTVmMGQ0MTVlYTBkMjZlMCIsIm9iaiI6W1t7InBhdGgiOiJcL2ZcLzY0ZTNhMDlmLTJhNDgtNDg2OC05N2FiLTQwOTUyNDFkMTQ4MVwvZGV4MHJpcC0xYjEzOGI1Zi1iZmE2LTQzNzAtYTU3NC04YmI5NjVhYjJmNjEuanBnIn1dXSwiYXVkIjpbInVybjpzZXJ2aWNlOmZpbGUuZG93bmxvYWQiXX0.RAwY3Ah_bTkK1lI94BfDVljkB_-qcV0Z6NHC7V_l7cY now would TFS include those dragons like they did with baby?

Why i'm not suprised

I think this Wiki has become more like a gigantic fan compilation. Taking the original works and adding on their own spins on it. And I LOVE it,

https://www.youtube.com/watch?v=k4vtLFK1OnE how stupid can you get to ignore Toriyama's statement that DBS only fills the 10 year gap between Kid Buu's defeat and end of Z? XD 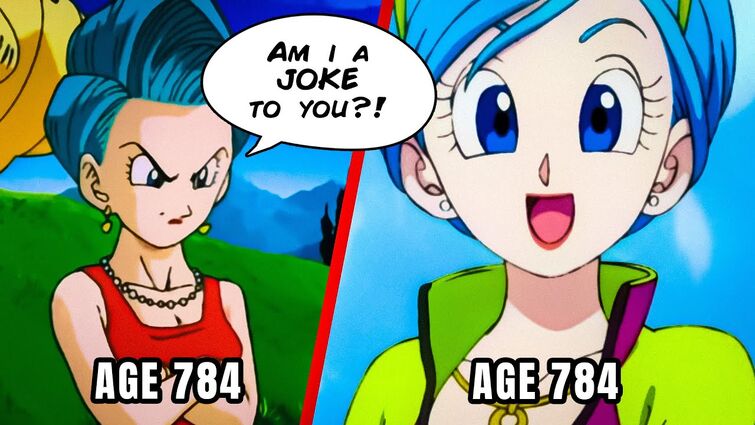 The End Of DBZ Is No Longer Canon. Here's Why.YouTube

So, I've spent a lot of today working on the Cell Vs pages and transcripts. When it comes to writing transcripts with only 2 or 3 characters, I'll often just use shorthand for peoples' names. Deadpool VS Cell was the last one I had to work on.

I chose to use shorthand and just use the find and replace feature, and while I was smart enough to think about the fact that just calling them C and D would be bad because find and replace would change any of those letters to say either CELL: or DEADPOOL:, but what I didn't think about was other letters.

Ultimately I used cc for Cell and dd for Deadpool. So if you read through the first version of that transcript, you'll see exactly where I didn't check for mistakes as words like "middle" became "miDEADPOOL:le" and "raccoons" became "raCELL:oons".

I am very tired.

He truly loved his character, that lines he gave him are epic. I wonder if TFS accepted by role as Nova/Si Xing Long/Kenji, if they did an short dub of shadow dragon saga, like they did with DBS

WHAT FUSION NAME IS BETTER: 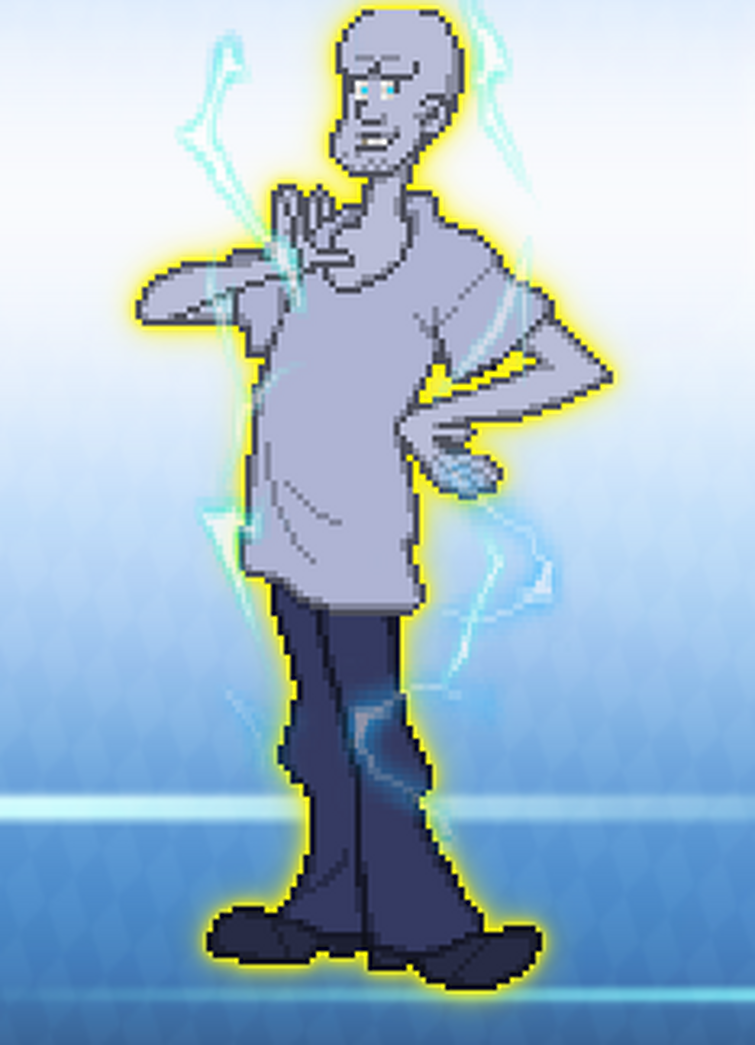 This was written as a YouTube comment, but I got super carried away and it got long, so now I wanna share this wherever I can in hopes that somebody decides to read it so I don't feel extra crazy for rambling this much to absolutely no one.

I have a RESPECTFUL conspiracy theory for everyone to think about.

It's absurdly long and crazy but like, fun crazy... I hope. You've been warned.

Basically, I'm just writing my 'why DBZA is over' fanfic.

Pls don't remove this comment guys, I am not affiliated with TFS, I am just a bored weirdo who maybe has too high of a dose for her ADHD meds, just writin' my lunatic theories about an internet anime parody, like it's my diary, but in public, for everyone to see.

I think this story they're telling us is only half true. I don't mean for that to sound antagonistic.

I've got nothing but love and respect for TFS and I truly think they've made something that will be regarded as a cult classic for years to come. Just, hear me out...

They had plans for the Buu Saga already, they've talked about plenty of them already, I do think they were stumped at how to top that fantastic finale... but out of ideas?

Don't quote me on this but IIRC some of them have even "slipped up" since this announcement (I think Lani did in one of the commentaries) and excitedly talked about what they would've done for Buu, which contradicts the "burned out of ideas" narrative.

I just don't believe that they decided to end it because of writer's block and copyright. Those tears at the end are evidence of that to me. They have SO MUCH PASSION for this...

I think they finally got the cease and desist of a lifetime, or a similarly threatening notice that scared them enough to decide to call it quits.

Especially with all that talk about copyright at the end of this video, and their finale being arguably better than the original, with a more serious tone than they'd ever had before... What if that was enough that Toei(?) was finally able to take legal action.

Maybe TFS got "carried away" and made it SO good, it stepped too far out of the fair use grey area between the USA and Japan to be called a parody anymore.

That could be enough to by law, consider DBZA an illegal dub, and be issued an official C&D.

...is what I bet the mystery company in question was saying to themselves every time TFS skated by on those fair use laws for years.

Since 2008 they've been dealing with copyright issues. That's a long time.

Why suddenly, after all that time, after being so adamantly committed to DBZA, for more than 10 years, is that a factor in their decision?

If they really did step out of a grey area like I'm thinking, and received a C&D, that could explain the seemingly random nature of this decision.

Something that could be of note, in this video, they said that until the day they recorded this, it wasn't even a sure thing that DBZA would end.

I feel like that could be a half-truth or maybe there's some lying by omission going on here.

Maybe there was a legal dispute or settlement that didn't get finalized until the day of this recording. The way it's phrased sounds like they could mean their decision, but it also sounds like it could mean it was in someone else's hands and they weren't gonna know until that day.

If I'm at all right that ending DBZA was not their idea, I respect them immensely, for the fact that they told everyone that this was 100% their own decision.

I imagine they were in a situation where they reluctantly had to stop at the request of... something...

If they had told us about an NDA, even with no further information, we know and they know, that plenty of immature fans would be able to put two and two together, or at least try to, and would send a barrage of harassment towards the various suspected companies. Harassment that not only should be inherently avoided because it's in poor taste but could directly affect TFS's relationship with companies they might be in talks with.

The takeaway here should be that real heroes don't wear capes.

TFS took the brunt of it, whatever "it" is, and told us that this was their choice, with tears in their eyes. They metaphorically stepped in front of us like Piccolo protecting Gohan and likely stopped the community from imploding on itself over Toei or whoever it could've been, killing DBZA.

If it's their decision, that minimizes damage, fewer people will be upset, everyone moves on more smoothly, no one really leaves with a tarnished reputation.

I don't believe they would end it so abruptly for the reasons they gave.

I think they got the most intimidating "STOP THIS." of their career...

TFS may have made the most humble sacrifice and we've all been none the wiser, like naive children, while they smile through the pain and tell us that nothing is wrong. 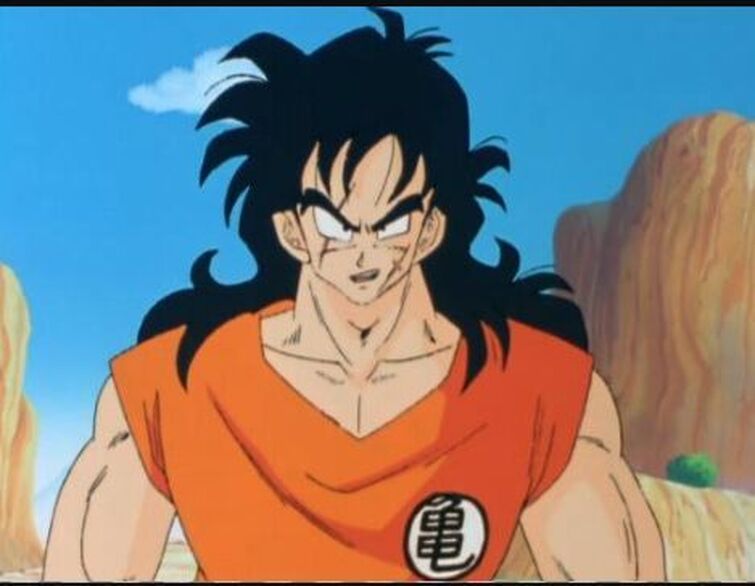 What will they call the shadow dragons? I assume Shenrons's VA, with Syn/Omega being called Chris, after Chris Sabat, and Oceanus.......some female VA

Could anyone tell me what the name of soundtrack is that plays when you click on the following link to episode 53? It starts at 10:37 in the video. 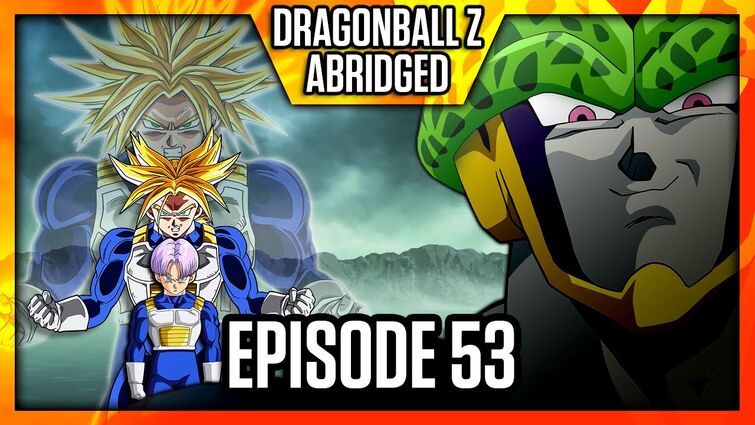 So I've seen Launch, Raditz, and Goten's pages on this Wiki make reference to MasakoX's What if Raditz Turned Good? Series, and that makes sense, MasakoX is apart of TeamFourStar... But my question is what about his other series, and how the characters change in those.

My only idea would be to make a separate wiki based on all of MasakoX's What If's, and set it similarly to the Dragonball Multiverse Wiki, where there's a different character page for each 'universe'. What do y'all think?

What do you think guys? Would TFS allow this?

In the MasakoX and Vegeta (Whatever number) promo on TFS website, the gave this description "No one deserves Pan". OK i know that GT TOEI Pan in compareable to the likes to Scrappy Doo, but that version of her is non canon. The only canon version of Pan is her Z toddler self, her NKZ3 self, her baby self and the design of GT Pan (whom Toriyama himself designed)

So yeah my question still stands, why they hate that adorable girl?

In the MasakoX promo for DBZA, Goku's dad says to his dimwit son "Your name's Kakarot, that's you grandfather's name (...)", and we still haven't got the answer you is he father off. (Besides i know it's an joke, but in the Bardock special, one of the saiyans said "You're mom's an army" geuss Goku's paternal grandmother died in an mission, that she was ordered by Freeza)