Bobby Hill is the son of Hank Hill appearing in the tenth episode of Cell Vs, where he was shown kicking Cell in his groin. 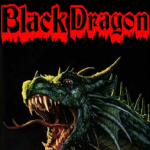