Granrran is the 10 year-old British main protagonist of Team Four Star's Pokémon Shield NUZLOCKE. Granrran's name comes from the combination of Grant and Kirran. Granrran became a Gym Challenger like Hop as a step towards defeating Hop's older brother, the Galar Champion Leon. Through her journey and the power of Dynamax and Gigantamax, she has learned to not use Potions or Healing Items during battles to challenge herself.

When faced with adversity Granrran has grown character and has continued to get stronger and stronger becoming a woman of honor and eventually Galar's Champion.

Granrran grew up around Wooloo her entire life and was a shepherd (or rather, a SHE-pherd). She suffered from hypochondria and germophobia her entire life, hence why she wears gloves. Evidence suggests she may be an alien, such as her spitting behavior and strange appearance, but nothing too explicit has been proven yet. She has an uncle named Bob, who owns a restaurant called Bob's Your Uncle in Circhester.

With the Power Duo consisting of Jim Simmons and BabyDownload, Granrran formed a Rock Band.

Sogsworth♂: (No. 3; nicknamed Soggy; The Drippy Son; Granrran's Inteleon; Starter received from Champion Leon; he's so wet and nervous because he's afraid germs, is constantly spraying himself with Anti-Bacterial Hand Sanitizer, also spits Windex; likes getting bird-fed with spits; his hair/wig is long enough that it not only covers his eyes but also makes it look like he's not paying attention to the audience; as a Drizzile going through his emo phase he's hogging the attention and handling all the dangerous work and being the answer to many situations has gone to his head making him prideful but also strong, confident, and making him much more comfortable with who he is as a person, however just because Sogsworth can't be a 10-year-old doesn't mean Granrran can't; spews pee out of his giant hands; is a pro at the games Goldeneye 007 and Perfect Dark; as a Inteleon when he meets up with friends or he's at a job he's a fancy lad always pointing his spit-filled hand finger guns at people; Sogsworth's Rain Dance was so incredibly offensive so Granrran refused to let him learn it; survived Eternatus' Eternabeam; Sucked Punch Eternatus in the gut) Type: Water Item: Mystic Water Ability: Torrent Moveset: Sniper Shot, Icy Wind, U-Turn, Sucked Punch (Sucker Punch)

GreenKetchup♀: (Granrran's Cloyster; magic shell that spits water; climbs into another shell that she stole from someone else to use Withdraw; creates and gives the best water to other people;) Type: Water Ability: Shell Armor

Bedgar♂: (short for Better Edgar since beggars can't be choosers, can't get any Bedgar than this, you Bedgar watch out, you Bedgar not cry, Bedgar not pout and he's telling you why; Granrran's Drapion; joined the party after killing Edgar Roach, now shares a soul with Edgar; likes making puns; likes Santa Claus and Christmas Songs/Carols, wears a Santa outfit; the first time a traitor/killer with blood on their hands has been caught/hired, a friend that wanted to eliminate the toxic parts of Granrran's life, Bedgar and Necrozma are actual murderers and the biggest threats to the lives of Pokemon, doesn't know when to stop killing; is jealous of TONKA for getting more attention from Granrran) Type: Poison/Bug Ability: ???

GerChewd♀: (Granrran's Chewtle; her name is the sound that she makes, has the voice of Homestar, has false teeth, constantly spits out dentures as an attack;) Type: Water Ability: ???

Jigbillie♀: (Granrran's Galarion Stunfisk; when her teeth are clammed together she kisses with her hands; has probably severed and torn apart hands with her teeth) Type: Ground/Steel Ability:

Nickit: (Granrran's Nickit that she got by trading Edgar Roach's corpse (after she pissed on the corpse)) Type: Dark Ability:

Deaths That Shall Not Be Missed

Edgar Roach♂: (Granrran's Dottler; a mind-melting insect; gambling addict; is afraid of bugs despite being a big himself; killed by the wild Skorupi that would eventually become Bedgar, soul now resides in the body of Bedgar, was one level away from evolving; Edgar was an artist that liked to think, he just wanted people to see his movies but he couldn't even make it on YouTube; was traded for a Nickit after Granrran pissed on Edgar's corpse) Type: Bug/Psychic Item: Shed Shell Ability: Swarm

Oops!: (Granrran's Dracovish; can't breath; unless in water it needs to spit in it's own mouth to breath; killed by a trainer's Sawk with Counter; Nature: Adament) Type: Water/Dragon Ability: Strong Jaw

Jim Simmons♂: (No. 2; also known by his Band Title King Jim; Granrran's Obstagoon; always has his tongue out; captured in Granrran's first Raid Battle; an epic rock star, big fan of the band called KISS, part of a Rock Band Duo as the Lead Singer with Guitarist BabyDownload, The Power Duo; killed by a wild Beartic, he beat at least 4 out of 8 Gym Challenges and his name is Jim, after Granrran finished all the Gyms Jim knew his goal as his time was up, due to creative differences in the band he went off into the wilderness to fight bears so he died doing what he loved, It's likes poetry it rhymes) Type: Dark/Normal Item: King's Rock Ability: Reckless Moveset: Brick Break

TONKA♀: (also known as TONKAHATA101; Granrran's Coallossal; Rough and Tumble Rock n' Roll Girl; has Takahata101's glasses and hair; her catchphrase/slogan is "Now that's what I'm tonking about!; serves as Granrran's car; eats with her butthole similar to a starfish and their exhaust pipe; "All these Ancient Powerful fossils are going straight to your face and not in a museum" killed by a trainer's Noivern) Type: Rock/Fire Item: Shell Bell Ability: Steam Engine

Aunty Aardy♀: (Granrran's Heatmor; killed by Raihan's Duraludon; everybody's favorite Aunt that would show up to your birthday giving you a $20 Gift Card or Certificate because they don't know what to get you but you appreciate them when they show up) Type: Fire Item: Lum Berry Ability: White Smoke Moveset: Fire Lash, Drain Punch, Bug Bite, Overheat

BabyDownload♂: (No. 1; also known by his Band Title Basement Dweller; Granrran's Toxitricity (High Energy Amped Form); a literal baby given to Granrran to take care of; Basement Dwelling Rockstar; says Kevin Spacey Baby Driver qoutes; the spike on his butt can be removed so he can poop; part of a Rock Band Duo as the Gutarist with Lead Singer Jim Simmons, The Power Duo, after the loss of his beloved band mate sommething awoke inside BabyDownload, he got his good friend Dabbinporte to become a Bong and a Bongo and has now become a Stoner Rock Star Bongo Player and is where most people would say his career really took off, Good Art doesn't exist without some form of suffering; lives with Grampy Smith because Grampy can't smell without him; losing Dabbinporte made him lose his Water Pipe and Bongo which like any coping mechanism or a bike's training wheels he did not need anymore, everyone booed him when he wasn't high on drugs anymore; killed by Champion Lee's Rillaboom) Type: Electric/Poison Item: Silk Scarf Ability: Punk Rock Moveset: Venoshock, Toxic, Overdrive, Boomburst

I, Mumzy♂: (also known as God Mumzy the First and Sir I, Mumzy; MVP; Granrran's Corviknight; Head of the Knight's Roundtable; always likes making big entrances every time he shows up somewhere like Dio from Jojo's Bizzare Adventures, has now dressed up as Dio, "You thought it was Rookiedee BUT IT WAS I, MUMZY!!!!"; a very conscious, self-identifiable, and emotional man; the strength of Mumzy will make the mouth of any girl go numb for him; likes playing his chest guitar; drinks Brandies; his Sharp Beak helps when making difficult/undecided choices; when he's in the moment his voice will sound like Christian Bale's Batman, "Suck on this."; survived Eternatus' Flamethrower; killed by Champion Lee's Rillaboom) Type: Flying/Steel Item: Sharp Beak Ability: Unnerve Moveset: Steel Wing, Drill Peck, Brave Bird, Hone Claws 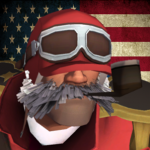