And then i told the guy, don't be angry, i'm just saiyan! (everyone laughs) And then i tore out his throat

Pumbukin is a saiyan warrior and member of Bardock team, he apears fat with a thick moustache (ala Nappas), his name is a pun on Punpkin

Pumbukin thinks Selypa is the mother of Goku, to which Bardock denies it. He's the first one chronocily to use the term "just saiyan"

He was killed by Dodoria and her men, but was most likely wished back to life over 20 years later as Kami didn't say about any "restoring to life" retrictions in DBZ Abridged (Althought he is most likely as lich now) 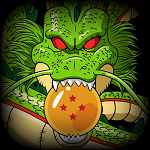